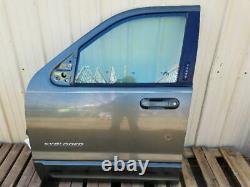 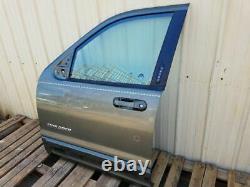 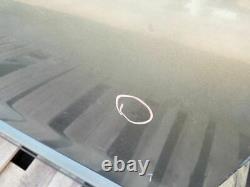 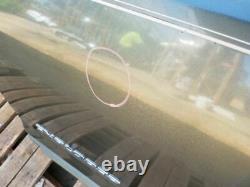 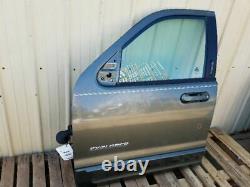 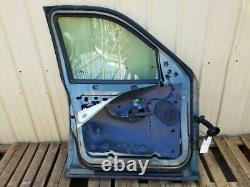 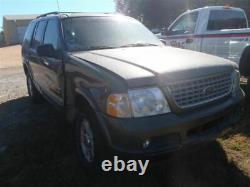 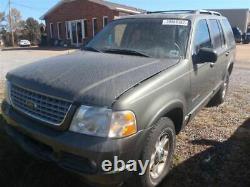 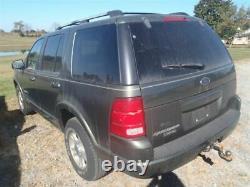 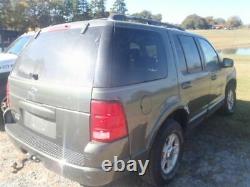 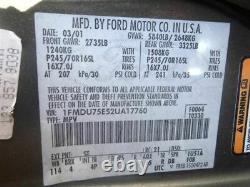 Driver Left Front Door Excluding Sport Trac Keyless Entry Fits 02-05 Explorer. This Driver Left Front Door Excluding Sport Trac Keyless Entry Fits 02-05 Explorer is in overall good condition. The part has normal wear from use, which might be seen from the product photos. This part attaches to the outside of the vehicle. This Driver Left Front Door Excluding Sport Trac Keyless Entry Fits 02-05 Explorer should fit all of the vehicles and years listed below in the compatible vehicle section. However, please be sure to check your part numbers to make sure. All mounting brackets are in good condition and usable. Please take time to read this listing, to see our various policies. Standridge Auto Parts was founded by the late Billy Standridge in 1972. Billy worked in a salvage yard when he was 17 and started his business even before he graduated from high school. He then formed Standridge Auto Parts which is now owned and operated by his 3 daughters, Stacey, Deedra and Jody. Even while he was racing and worked as a crew chief, he kept his salvage yard going. At a young age Billy had a love for racing. He would race lawn mowers for fun and the love that he had for cars led into a long challenging career in stock car racing and NASCAR. He began Stock car racing in the late 70's with much success, running small tracks and gaining driving experience. He ran in the Goody's Dash Series, then in 1986 began running NASCAR Busch Series in his own Pontiac, posting 5 top ten finishes. In 1994 Billy ran a limited schedule in the Winston Cup picking up sponsorship's from WCW and Dura Lube. Standridge began running his own team, the #47 Ford Thunderbird, picking up sponsorship from Jayski and also from fan-sponsored donations. Billy was one of the last drivers to run in NASCAR using a Thunderbird after other teams switched to the redesigned Taurus for the 1998 season. His last career start was that of the Pepsi 400 in 1998, where his engine expired 19 laps into the race.

His last attempt ever came in 1999, when he filled in for Dan Pardus in the Midwest Transit Racing Chevy at Rockingham Speedway in 2nd-round-qualifying, but his time was not fast enough to make the race. Outside of NASCAR, he still continued to own and manage Standridge with the help of his daughters Deedra and Jody. He then bought a full service Salvage Yard in Rock Hill, SC turning it into a successful Scrap Yard and U-Pull-It.

Standridge was a hard worker and a very successful businessman; he always worked to make things bigger and better for himself but more for his family. He was the best father and husband anyone could ask for with a grand heart. In March 2014 Billy was diagnosed with Cancer and passed away on April 12, 2014 after fighting a short strong battle. He is truly missed by his family, friends and employees. We know he is proud to see his daughters and his dedicated employees at Standridge Auto Parts keeping the business as successful as he did.

Family Owned and Operated business since 1972. We make every effort to provide a safe & secure shopping experience. The item "Driver Left Front Door Excluding Sport Trac Keyless Entry Fits 02-05 Explorer" is in sale since Monday, January 18, 2021. This item is in the category "eBay Motors\Parts & Accessories\Car & Truck Parts\Exterior\Exterior Door Panels & Frames". The seller is "standridgeautoparts1" and is located in Shelby, North Carolina. This item can be shipped to United States.